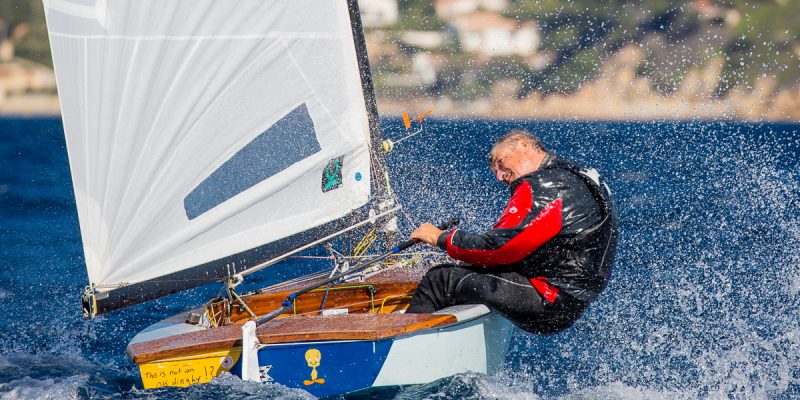 OK Dinghy sailors across Europe are keeping their fingers crossed that they can return to Bandol in September for the inaugural Autumn Trophy. The Notice of Race has now been published and online entry is open for the four-day event at Société Nautique de Bandol.

The club hosted the hugely successful 2018 European Championship, and ever since then, sailors have been clamouring to go back for another major event. Bandol’s idyllic beachside location on the Mediterranean, the welcoming hospitality of the family based club, and the wonderful food and wine make it the perfect venue for the class.

After the class has had to cancel all its major events so far this year due to COVID-19, everyone hopes this one can go ahead. There has already been a lot of interest from Denmark, Germany and UK, and providing further travel restrictions are not brought in, the turnout is expected to be high.

Initially intended as the Grand Final for the Euro Tour, the Autumn Trophy in Bandol has for many sailors been the light at the end of the tunnel after a very strange year.

The Autumn Trophy is part of class history, being originally presented by the International Sailing Federation in 2007 to commemorate the 80th birthday of HM King Bhumibol Aduladej of Thailand, who built and sailed OK Dinghies in the 1960s and 1970s. He famously won the gold medal in the class in the 1967 South East Asia Games.

This beautiful half model of His Majesty’s OK Dinghy, TH27, ‘Vega’ was disposed of by World Sailing during the 2017 office move from Southampton to London, but was offered to the class for safekeeping. The class is very proud of this heritage and very happy the half model has been saved and put to good use.

Racing in Bandol is scheduled to take place from 16-19 September. Keep your fingers, and toes, crossed…